Now offering the Willow Pump! Upgrade at a discounted price after insurance reimbursement.

Get Your Free Pump Now 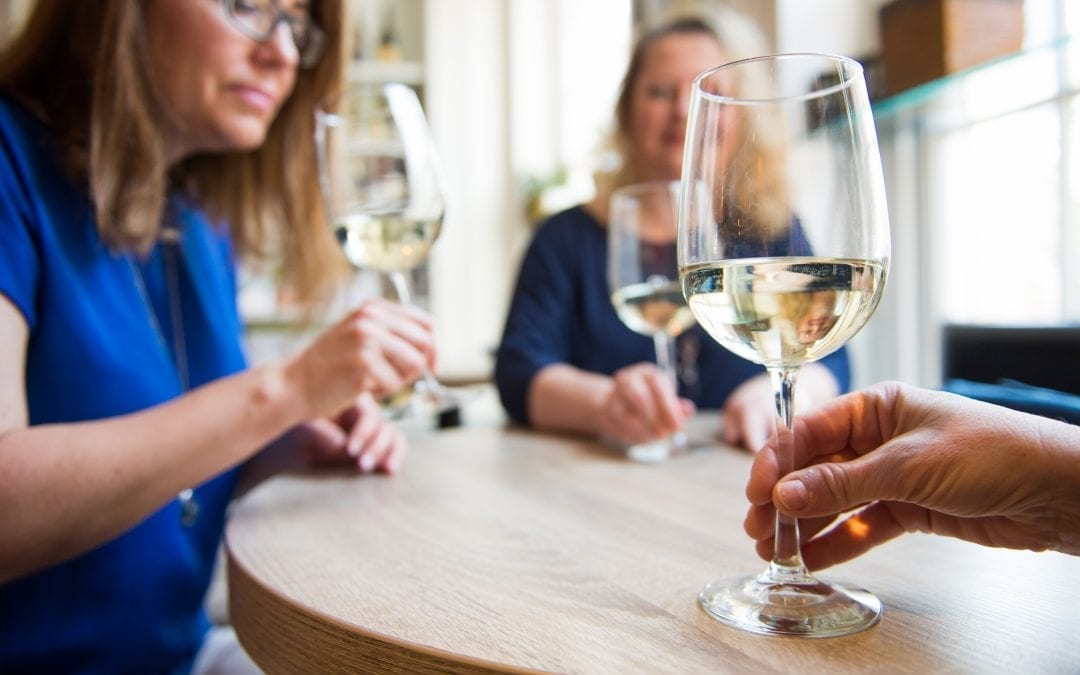 The Truth About Alcohol and Breastfeeding

Through three long trimesters, a plethora of pre-natal appointments and bellies that swelled bigger each week, we did everything in our power to have a healthy pregnancy. Now our bundle of joy is here, and we’re focused on keeping our little one thriving with a steady supply of breast milk. Everyone knows that breast is best, and we’re happily giving our new addition their tailor-made supply of nutrition straight from our bodies. However, there’s one issue that breastfeeding mothers don’t always agree on, and that’s alcohol. Is the occasional glass of wine after baby’s in bed okay, or should we forget about imbibing until our little guy is weaned? If we do indulge, do we need to “pump-and-dump,” or can our little one take their midnight meal as usual? Read on to find out everything there is to know concerning alcohol and breastfeeding.

Pour the Myth of Pump-and-Dump Down the Drain

Considering how many times the term has been on the lips of our fellow moms, it’s amazing how little credibility there is to the idea of pumping and dumping. As this article from Romper explains, because alcohol leaves the body without a mother doing anything at all, the action of pumping breast milk and pouring it down the sink will do nothing but waste time and energy. Any remaining breast milk in the body will still contain a percentage of that glass of wine or bottle of beer, so turn away from the gossip and focus on the facts. Instead of condemning ourselves to sore nipples and spilled milk, we nursing mothers can gladly enjoy a drink or two as long as we indulge responsibly and make sure to properly wait before feeding our baby. The CDC offers a great guide on how long to wait depending on the amount of alcohol you’ve consumed, and further clarifies the ineffectiveness of the pump and dump method.

The Smart Way to Drink

Drink responsibly. It’s another phrase we’ve heard a hundred times, but this one carries a lot more clout. Along with avoiding the entire pump-and-dump process, breastfeeding mothers can consume alcohol without feeling an ounce of guilt. It’s perfectly fine to have that glass of wine during girls’ night or to grab a beer when watching a movie with the hubby. As this article by KellyMom states, less than 2 percent of the alcohol we drink actually reaches our breast milk, and research has shown that an occasional one or two drinks is not harmful to a nursing baby.

How Much is Too Much?

However, just because our little ones won’t be slurring their words or feeling a buzz doesn’t mean we should let down our guard. Consuming any amount of alcohol can make an adult less coordinated, and we all know that walking through the obstacle course of a child’s toy-filled room is hard enough when we’re completely sober. For this reason, it’s best to have our special drink after all children are snoozing away peacefully. With everyone asleep, there’s no need to worry about searching the house for a lost teddy bear or favorite book, and we can simply relax and have a moment to ourselves. Furthermore, younger babies who are still prone to middle-of-the-night wake-ups will have time to snooze for a couple of hours, precisely the amount of time needed for our milk supply to be alcohol-free and ready for their midnight snack. For a definitive guideline on how much is too much, go by the rule this article from MamaNatural suggests, and don’t nurse if you wouldn’t drive a car.

We know there’s nothing more important than keeping our little ones happy and healthy, and we also know that breastfeeding is an integral part of that equation. However, a stressed-out mom inevitably leads to a temper tantrum, and not just from the baby! Sometimes we nursing moms need a moment to ourselves, and research has proven that moment can safely come in the form of an occasional drink. Without the aggravating myth of pump-and-dump around to concern us, we can be confident that imbibing every once in a while is perfectly safe. In fact, tonight seems perfect to try out a glass of that new bottle of wine!

The suction strength of your breast pump is an important factor when deciding which pump is for you! You might be thinking, “The more suction, the better!” However, there are many factors to consider when determining which pump will be the most safe, comfortable and efficient.

It’s a common misconception that the higher the suction, the more efficient the pump. Ideally, a breast pump will express the most breast milk possible while remaining safe and comfortable while pumping.

A better criterion for choosing your breast pump is efficiency. An efficient breast pump will have the proper combination of comfort, suction strength and cycling speed to closely mimic the way your infant nurses.

The speed that the vacuum is applied to a breastfeeding mother’s nipple, is often referred to in units of cycles per minute, abbreviated cpm. Or in other words, the cpm is a unit which measures how quickly the pump sucks over a given time period (one minute).

Does Your Insurance Qualify?

Not Sure If You're Covered?

Fill out our request form to see if you qualify for an Insurance Covered Breast Pump.